Festival of the Dark Arts,

The Sounds of Siberia 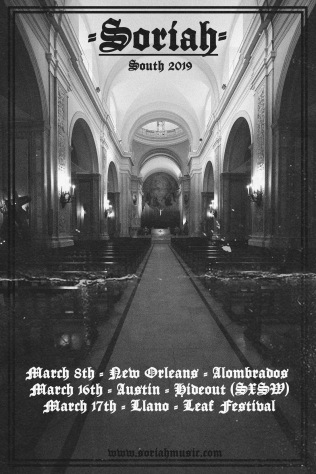 @ The Alombrados Oasis of the O.T.O.

The Crystal Ballroon Portland, OR

with DakhaBrakha and Yemen Blues 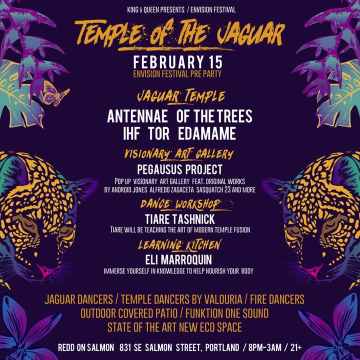 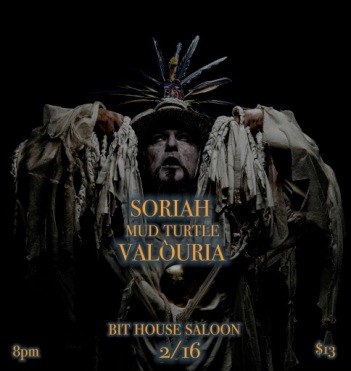 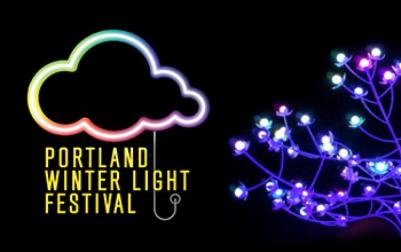 with Alex Hacke of Einstürzende Neubauten and David Yow of The Jesus Lizard!!!

October 6, at the High Water Mark Lounge Portland, OR

With House of Hamsa

with Clan of Xymox, The Secret Light and The Bellweather Syndicate

Chapel of the Chimes, Oakland, CA 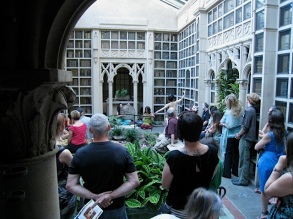 with Ulan Bator and Xambuca

at The Analog, Portland, OR

at the Dome School, Takilma OR 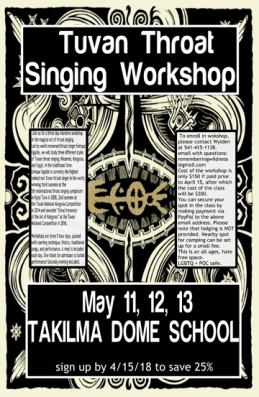 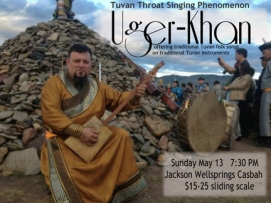 April 6th with House of Hamsa 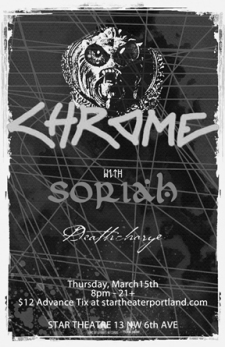 was a wild ride, from the early darkness and recovery from the loss of my good friend and collaborator Barrett Clark (Sidereal Oscillations)

Me (soriah) and Barrett Clark (Sidereal Oscillations) at the Latourell Falls, Oregon

Me (Soriah) and Barrett Clark R.I.P. (Sidereal Oscillations) at the Latourell Falls, Oregon

who lost his life in the Ghost Ship fire in Oakland in December of last year to transforming the rage in the deep darkness of last Winter’s tour of the West Coast with the band.

I spent my Spring in Tuva with my young son as I have for the last three years. It’s always a beautiful experience playing music with my Tuvan friends and immersing myself in that beautiful and magical place from where sprung the art of Throat singing. 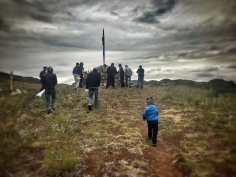 My son Quito running up the hill to meet the masters.

Me and one of my teachers and old friends, Igor Koshkendei, director of the National Tuvan Cultural Center.

Me and my son, Kyzyl, Tuva

My fortunate and unexpected trip to trip to Moscow.

This Summer Festival season with Liberation Movement culminating in the most magical event of my life so far, the total solar eclipse. Nothing has inspired me and moved me more, save witnessing the birth of my beloved son. I keep that most Perfect Circle in my memory. That extra-dimensional moment of glory changed my vibration and has informed me of a new fire burning that rages to the edges of my experience. 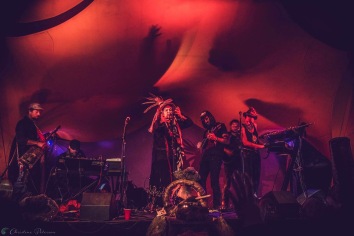 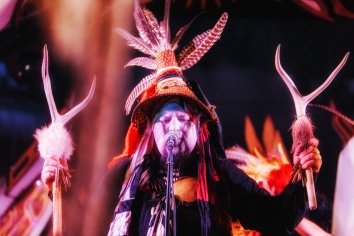 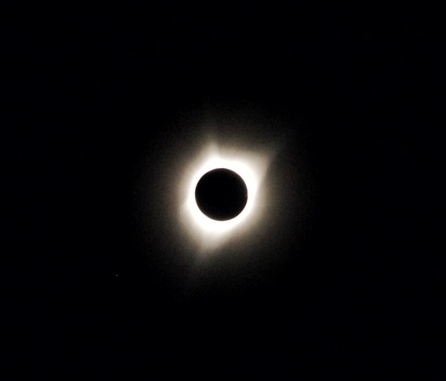 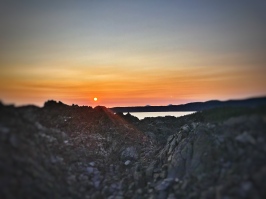 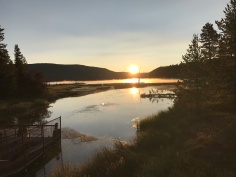 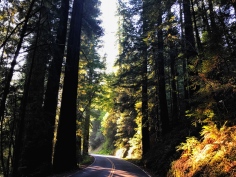 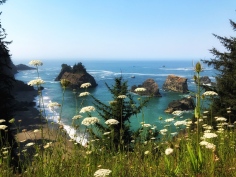 The purest blue can be found at Crater Lake, Oregon.

This year, I had the great pleasure of meeting the great Hans Joachim Roedelius of the experimental electronic German group KLUSTER when he stopped through Portland with my great friend and collaborator, Chandra Shukla (Xambuca). Meeting him was a revelation and we found and immediate kinship as you can see from this photo. 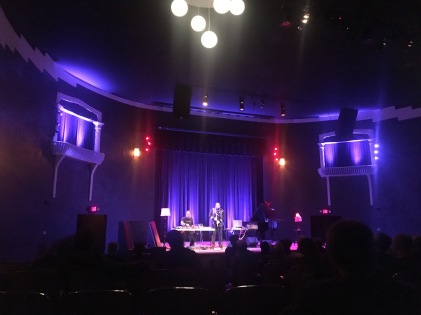 In mid November, I found myself on a very spontaneous trip to Amazon Basin of Perú to participate in a series of Ayahuasca ceremonies that profoundly shifted my vibration and outlook of my place in this world. It was one of the most profound, transformative cleansing I’ve ever done. Anytime I embark on a spiritual pilgrimage whether it be to Mexico, Tuva or Joshua Tree, I endeavor to be fully absorbed sonically and energetically by each environment I visit. I like to immerse myself in what each place has to teach me about my own voice filtered through localized environment. Ultimately it is the sounds and emotionally engaging landscapes that inspire those who are in symbiotic connection with these places that inspire them to create the unique frequencies expressed in their folk music. It’s how nature CREATES music by inspiring the locals to sing Nature back to herself in her own tongue. This is a high philosophical pillar of my artistic vision as SORIAH. To not keep static regardless of one’s environment, but to react and even collaborate and flow with the sounds and elements of one’s environment such as wind, bugs, rain, trees, waves ,fire or even concrete.

with Vilma and Teresa, the Shipibo Shamans. 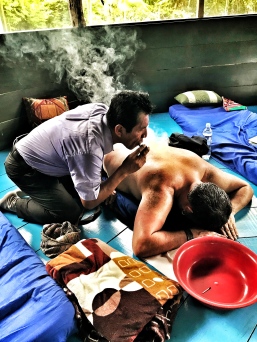 The Amazon at dusk, when the symphony began. 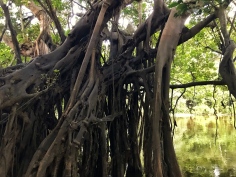 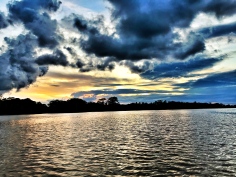 Star Theater performance of “The Monad” shortly after my return from Perú. 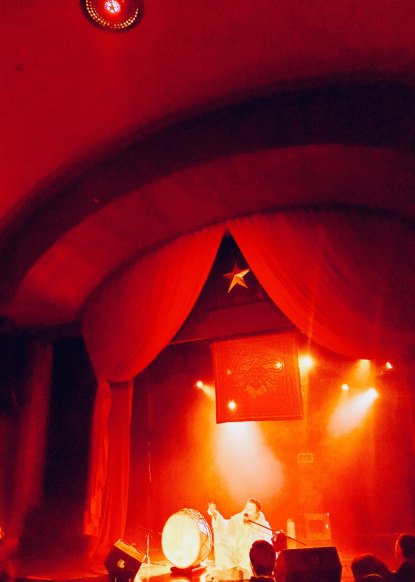 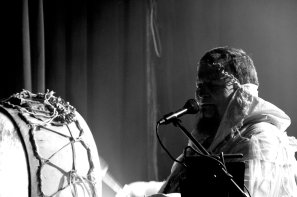 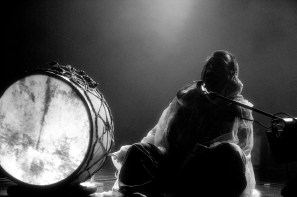 I’m pleased to announce my participation on numerous tracks of Thor & Friends’ new album, “The Subversive Nature of Kindness”.

2/19 The Star Theater, Portland OR with Black Magdalen

2/23 The Night Light, Oakland CA with Cruor Incendia and AIXELA

3/4 The Highline, Seattle WA with Cylab, The Gothcicles and Syrens of Lyra

Not so recent Soriah performances…

Astoria OR February 16th 2013 Festival of the Dark Arts